Have you found your soulmate? What's on your lover's mind? Are you on the right path in your career? Call Craig Michael Mayotte and get the answers you need!

Get a Free Three Minute Reading with Craig!*

Click the “Call Now” button to connect to Craig right away! 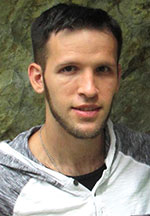 Craig Mayotte is a Practicing Salem Witch who has trained in Psychic Tarot with the Official Witch of Salem Reverend Laurie Cabot. He has read the Tarot professionally for fifteen years reading for clients and celebrities who have sought after his talent of Psychic Ability to heal and communicate with the dead as well as give psychic insight to those who seek him for his abilities of Witchcraft. Craig has always been sensitive even as a child he would see relatives of those he has never met in his home. His spirit animal is the Crow and he is a devotees of the Goddess Morrigan the crow Goddess and the only Goddess who can travel between this world and the otherworld. By calling Craig your not just calling on a Witch With a psychic Gift your calling on someone who has recalled Past life's successfully. Has helped literally thousands of people find lost objects by using the Science of Alpha. call Craig Now and you will not be disappointed.

Craig Mayotte studied Art and photography at RISD in Providence, Rhode Island, has attended online school at NewSchool of Fashion in New york city to learn the art of Styling and Branding. He currently signed up for an organization called #cut50 which helps as an effort to cut crime and incarceration across all 50 states. Craig donates a portion of his earnings to Salem Saves Animals a non profit organization to help end the cruelty of animal abuse. Craig Donates also to a youtuber by the name of Stephi Lee who was born with Cystic fibrosis commonly known as CF. And lastly #breakingcodesilence ending abuse at Provo Canyon school for behavioral children in which Paris Hilton has recently made a documentary about the childhood abuse her and Others have gone thru and survived with trauma leading to this day and ending the code of Silence by shutting down the school so no one has to ever go thru the pain and hurt again by calling Craig your supporting 4 major organizations that he cares for deeply

Click the “Call Now” button to connect to Craig right away!

I have called Craig Michael several times regarding a relationship issue that has been causing me stress. The first reading was very direct with a precise timeline of two weeks. He was exactly right. Another reading he gave me told me that my person would come back after being on a boat and open up to me. Again, that is what happened. Not only does he have a gift but he also offers me suggestions ( candle work for love and banishing negative energies)and insights as to how to handle the situation , which so far seems to be working! I'm truly amazed! I just spoke to Craig Michael again on Monday July 13 and I was given another timeline of milestone events he saw coming to fruition concerning my relationship in mid- late summer. (July/Aug)This would involve a boat trip with my person in question as well as a glimpse of a more distant future of a house. I look forward to updating this review! On a personal level Craig Michael is very sweet and understanding of my situation and although my answers happened to be the ones I wanted, I do believe he would absolutely tell me if they were not. He has been a great help to me and I look forward to speaking with him again. I would highly recommend Craig Michael to anyone needing insight and clarity. — [more…]